Standing up for yourself in the adolescents phase of like, and being assertive, is an important part of communication. As Psychology Today points out, what you’re doing when you stand up for yourself is saying that you matter. You’re saying that your needs matter, and your perspective should be considered. However, if you’ve done that, you’ve likely noticed that you’ve gotten push back from people you considered friends. They might have told you that you’re too loud, you have too many needs, or you try to make everything about you. Sometimes that kind of criticism is valid, and if you have good friends they’ll be willing to talk out the issue with you. However, sometimes that kind of criticism serves one purpose; to make you sit back down, and shut up. 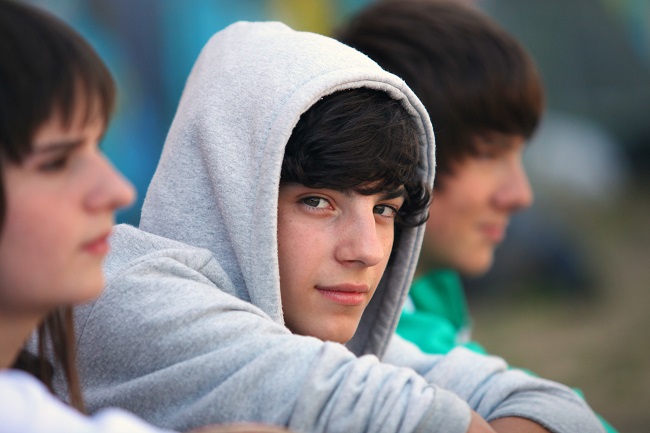 If someone’s only goal seems to be to invalidate your position as someone who matters, then that’s a pretty good sign you don’t actually matter to them. Which, of course, means they’re not really your friend.

Friends Will Listen, Not Shout You Down

Go down this list of 10 Habits of Extremely Toxic Friends. How many of your friends’ habits are on that list? A few? More than a few? If someone doesn’t really interact with you, and they only want to be around you when you’re pleasant and fun, but not when you are standing up and talking about how you have needs that aren’t being met (whether it’s respect, or consideration, or just not being talked over), then your problem may not be that you’re too demanding, or too high maintenance.

Your problem may be that you need better friends.

So here’s what you do; square your shoulders, raise your voice, and refuse to look away when you speak. Be assertive, but more than that, refuse to be silenced. Silence implies consent, and if you just let other people say and do as they please then you’re giving them your support by not raising your voice to say no. If someone hurts you, say so. If someone demeans you, don’t just sit there and let them. Make it clear you are going to call out behavior against you, and that it isn’t a joke, and it isn’t in good fun. Make it awkward for other people, if you have to, because that kind of shame gets results.

Be The Last Man Standing

When it comes to social combat, it’s important to be able to express yourself. You need to be able to articulate your feelings, views, and demands under pressure. However, even more important than that is your ability to win when it comes to social chicken. Someone is trying to run you down, and if you stand in the path like a rock, there’s a chance they’ll seriously damage themselves, and their standing. That’s what you do to win. You don’t hit back, you just make it clear that if they don’t change their course, they’re going to wreck themselves. If you refuse to move, they’ll swerve to avoid the collision.

It isn’t easy being an oak tree. You have to deal with the weight of all the people who are staring at you, whispering about you, and the awkward silence when you refuse to look away or apologize for not being cowed. And there are going to be people who try to use your relationship as a crowbar to shove you out of the way. People who claim they’re trying to help, who tell you “as a friend” that you should really just step aside. Who say they liked you so much better how you used to be.

It’s easy to like doormats. But if being easy to like it your goal, then prepare to have a lot of people walk over you. If you need help coping with the challenges that come with adolescence, or you just need an ear to listen, don’t be afraid to contact us.